Pike species in Slovenia and around the world 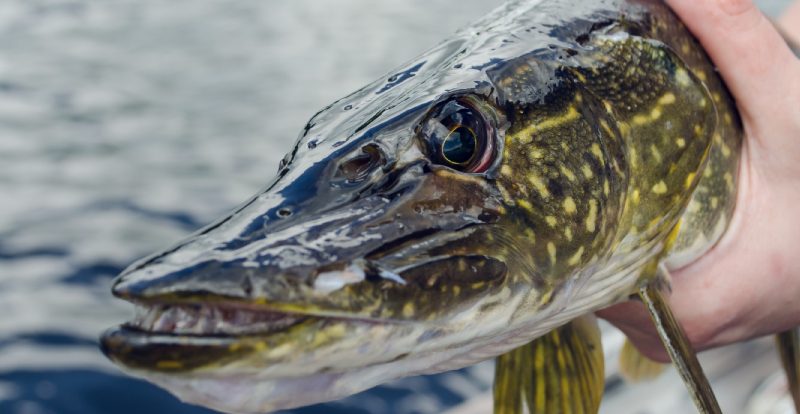 Pike species in Slovenia and around the world

The northern pike, Esox lucius, is an extremely popular freshwater fish for sport fishing. It shares first place in popularity with carp and trout, depending on the time of year. In Cerkniško lake, they even call it “fish”, as it is said to be tastier and more interesting to catch than some of the other fish species there. We were interested in how many species of pike live in the world and how many here in Slovenia. This post will therefore not be devoted to angling techniques, but to a general overview of pike species and distribution.

Discussions about pike can be very interesting, not only for fans of pike fishing, but also for a slightly more general fishing audience. Let’s see in which larger group of fish we classify “our” pike and which pike still live around the world.

Representatives of pikes belong to the pike group, Latin Esocidae. They inhabit slow-flowing or stagnant fresh and exceptionally brackish waters of the northern hemisphere. Sources state that there are 7 species of the genus Esox and subspecies; the most common species in Slovenia is Esox lucius, the presence of E. cisalpinus is questionable. Let’s look at these two types first.

By far the most common pike is Esox lucius (Linnaeus, 1758). English speakers distinguish it from other pike by its full name northern pike, but otherwise fishermen simply call it “pike”. It lives in fresh and brackish waters of Europe, Asia and North America.

In Slovenia, the northern pike is the only one that is supposed to live in the wild. There is speculation among lay fishermen as to whether they may have caught the so-called southern pike (Esox cisalpinus). This is especially widespread in northern Italy, also in southeastern France and Switzerland. Since this southern or “Italian” pike from fish farms is supposed to be shipped abroad en masse, including to Slovenia, it is quite possible that this species is actually present in our waters.

In terms of appearance, fishermen distinguish northern and southern pike based on the number of scales on the flank (in practice, an extremely small number of fishermen really count them) and by the pattern on the side of the fish. The southern pike is supposed to have transverse-vertical stripes, while the native northern pike has not only horizontal stripes.